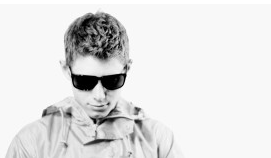 Evan Nachimson, called ENach by those of us who went to Owings Mills High School, is a singer songwriter and guitar virtuoso from Owings Mills, MD. Currently attending Berkelee College of Music in Boston, Evan is a sophomore with big dreams, already coming true. At 16 Evan released his first 5 track EP “Who I Am” and when I say released I mean available worldwide on iTunes. He played shows at local hot spots like 8x10 club and used to be Fletcher’s. Now 19, Evan recently moved to Nashville for the summer on June 1st to intern at Dan Hodges Music, a publishing company. But most importantly, of course, little Ev was my Junior Prom date, and my 3-inch heels did not help his cause.

I first found out Evan even played the guitar one Saturday afternoon in 9th grade. Browsing Facebook with my best friend, we clicked on a link to a YouTube video Evan had posted. Slowly we realized we knew nothing of the little red-headed boy who we were seemingly friends with in English class. 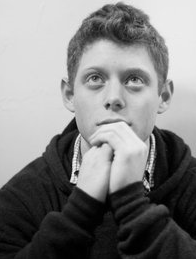 I’ve seen Evan grow in his music and as a person - from playing original songs on the morning announcements and seeing him play live at his EP release to getting to preview new recordings and watching him play for the Dulles Airport before our senior trip flight to Denmark. So, maybe I am a little bias, but this talented young man definitely deserves our local support. I can say without a doubt Evan Nachimson will be the celebrity at our high school reunion.