Band of Horses’ Infinite Arms: Ballads and Soft Vocals with a Bold Sound 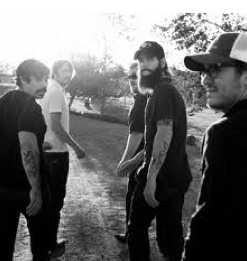 Music is my escape, as cliche as it sounds, so when I find a band who can really take me into another dimension in a matter of seconds, it’s worth mentioning. It all started with Pandora and a listen to The Shins radio. I looked up from my sketches to realize another 4 hours at work had passed by in what felt like only a few moments. Almost one hundred songs had played through in my trance but this one caught my attention. With a few simple notes strummed along to a backup guitarist I was hooked. The song was “Infinite Arms” by Band of Horses, and incidentally the title track of their latest album. 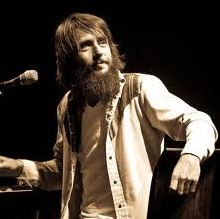 Formed in 2004 by lead singer Ben Bridwell, Band of Horses is an indie rock group that hails from Seattle, WA. With two successful albums under their belt, Infinite Arms takes the cake as a Grammy Nominee for Best Alternative Album in 2010. The album was recorded with Columbia Records and self-produced by the 5 current members - Bridwell, Ramsey, Reynolds, Barrett, and Monroe - and released worldwide May 14-19 of 2010. An American band debuting at #7 on UK charts is no doubt talented and a Grammy Nominee is certainly worth the listen, but why?

What looks to be a motley crew of 60s hipster style, their music is sure to say otherwise. From the opening song of the album, begins a epic rock ballad titled “Factory,” setting the mellow yet catchy set to follow. Continuing with tracks “Blue Beard” and “On My Way Back Home”, Band of Horses demonstrates their polished vocals and fresh addition to the alternative music scene. The album pleases yet again with the calming guitar melodies and soothing tones of the title track and proceeds to pick up a with a rhythm driven tune, “Dilly”. Returning to the albums mellow roots, “Evening Kitchen” experiments with vocalized harmonies. The remaining tracks of Infinite Arms continue to exude the overwhelming presence of the album and undoubtedly show Band of Horses’ success with the “soft is the new loud” approach.